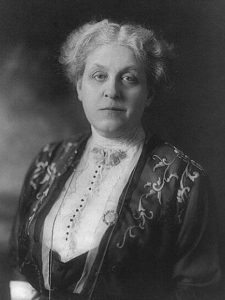 As a young student, I learned about the struggle for American women to get the right to vote, their thin margin of success after a long political battle, and the vehement opposition to the enfranchisement of African American women.

I didn’t know that a pandemic almost derailed seven decades of work.

The 1918 flu roared in two big waves, taking the lives of more than 675,000 Americans. Public events were canceled. Social distancing prevented the mass rallies women were depending upon, and halted their protests from congressional galleries. Votes were scheduled by the Senate, then postponed. One leading suffrage supporter died; another, Carrie Chapman Catt (pictured above), was grounded as she battled the flu.

How did women triumph? By expanding their grassroots campaign, volunteering on the front lines fighting the pandemic (pictured below), and adept political organizing to elect congressional leaders supportive of their cause, Ellen Carol DuBois writes for Nat Geo. All that, and a heart-stopping drive to get the amendment approved by 36 states.

More than 100 years later, America is again living through a pandemic, but the work of the suffragists provides a blueprint for navigating the political landscape and exercising the vote in these dark, uncertain times. 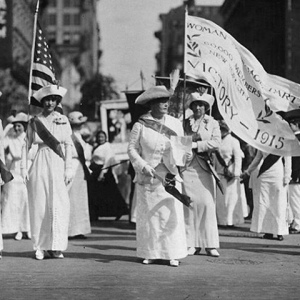 Join the 100th commemoration of this significant event on February 22, 2020. A celebration march & rally will be held in Las Cruces at the Plaza, downtown. Period costumes are encouraged. 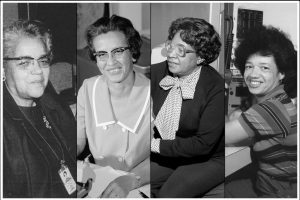 Four of NASA’s “hidden figures,” together with all of the women who contributed to the agency’s success in the space race to the moon, will be honored with the Congressional Gold Medal, one of the highest civilian awards in the United States.